We invite teachers, students and all interested in art and creative ways of mathematical sciences comunication for a live workshop in Poznań, Poland. For two days, 4th and 5th July 2021, we will see and hear scientists and artists performing and talking about art and mathematical sciences. The programme includes (but is not limited to) Math in Music lecture and a concert of algorithmic music performed by the Poznań Laptop Orchestra.

19:00 (CEST) the concert of algorithmic music, Big Hall in Zamek 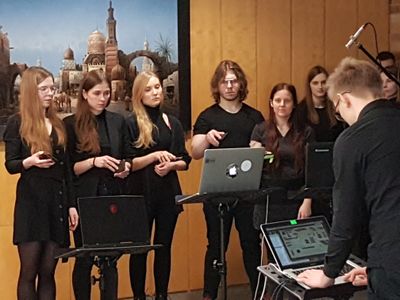 Poznań Laptop Orchestra was brought to life by Electroacoustic Music Studio at Music Academy in Poznań and Faculty of Mathematics and Computer Science at Adam Mickiewicz University of Poznań. It consists of students of both universities. In 2021 the Lambdaensemble was invited to participate in the Biennale of Digital Art in Venice.

physicist, science educator and the leader of the Institute B61 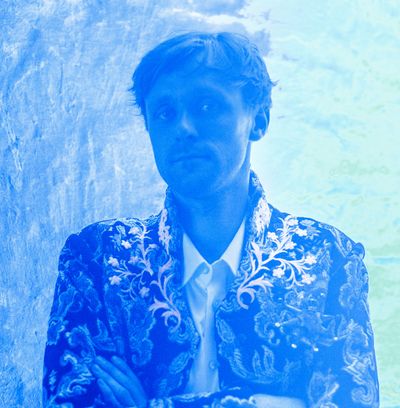 Jan Świerkowski is a curator interested in the Art and Science of Visualizing the Invisible, with a focus on astronomy and physics. He is the leader of artsci ensemble Instytut B61, repeatedly exhibited in Poland, Portugal, Estonia, Latvia, Lithuania, and India. Instytut B61’s projects include large-scale site-specific immersive performances, pop-up exhibitions, and disruptive digital storytelling. Jan loves art, science, and trains. He was the head of Cosmic Underground, an artistic railway journey from Estonia to Portugal. Under his guidance 40 artists, scientists and designers traveled for 2 months throughout Europe by an adapted cargo train composed of 10 wagonstallations, in which an immersive exhibition about the Special Theory of Relativity was installed. He is a director of a creative cluster and co-owner of a Nicolaus Copernicus University spin-off focused on edutainment. Jan is also a researcher at the Center for Communication and Culture in Lisbon and a guest researcher at the Department of Arts and Cultural Studies at the University of Copenhagen. 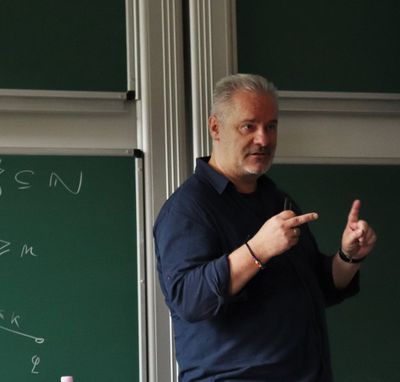 Jarosław Grytczuk is a professor at Warsaw University of Technology. He is an expert in discrete mathematics, an author of several dozen of papers in graph theory, Ramsey theory, and combinatorics on words. He is interested in non-repetitiveness phenomena in combinatorial structures used in contemporary music. Within the project Artes Liberales, he conducted lectures at the Jagiellonian University, titled “Between Bach and Banach; mathematical structures in music and the art”. 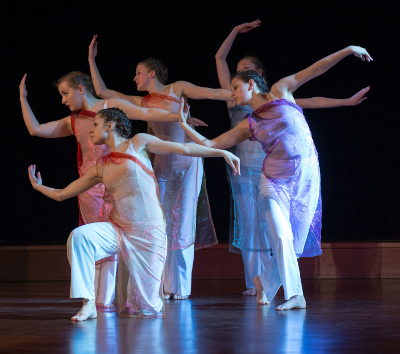 The repertoire of the Rhythmics Ensemble of the Ignacy Jan Paderewski Music Academy in Poznań is rich in terms of style, form and expression, ranging from movement interpretations of early music to works by 21st century composers. Choreographies created under the supervision of academic teachers: Małgorzata Kupsik, Kinga Ceynowa, Agnieszka Chenczke-Orłowska, Joanna Lange and Anna Kokocińska were presented at many concerts in Poland and abroad, for example in Geneva, Moscow, Riga, Brussels, Essen, Trossingen, Rennes and Hellerau. In 2016 the Rhythmics Ensemble received the 2nd prize in the International Rhythmic Competition in Hellerau for Agnieszka Chenczke-Orłowska's movement compositions.
The photo from the collection of the Department of Piano Rhythm and Improvisation at the Ignacy Jan Paderewski Academy of Music in Poznań. 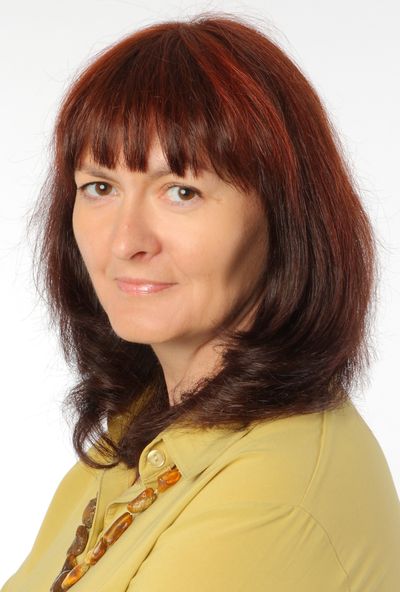 Monika Kędziora graduated the composition class as a student of professor Jan Astriab in Ignacy Jan Paderewski Academy of Music in Poznań, with the honours degree. Now she is a lecturer here. She attended a few Summer Courses for Young Composers, organised by Polish Society for Contemporary Music. As part of a scholarship of Foundation of Culture she studied composition with professor Robert H. P. Platz in Hogeschool Conservatorium Maastricht in Netherlands. Her pieces were performed during festivals and concerts in Poland and abroad. 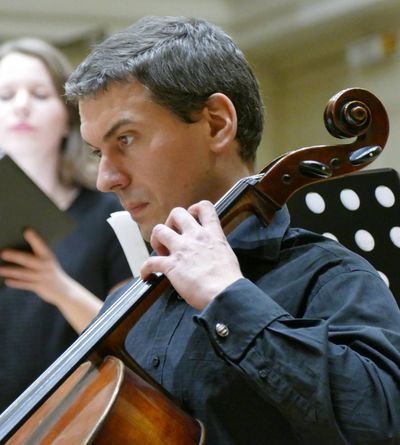 Wojciech Kaszuba graduated from Ignacy Jan Paderewski Academy of Music in Poznań, in the cello class Dr. Eugeniusz Berganski. He works at the Academy, at the Faculty of Composition, Conducting, Vocal Studies, Music and Artistic Education Theory. He teaches electronic music and acoustics. He runs a recording studio, specializing in the recordings of classical music and recordings and implementation of contemporary music. He is also a teacher in music schools and his students attend music competitions, festivals, and workshops. 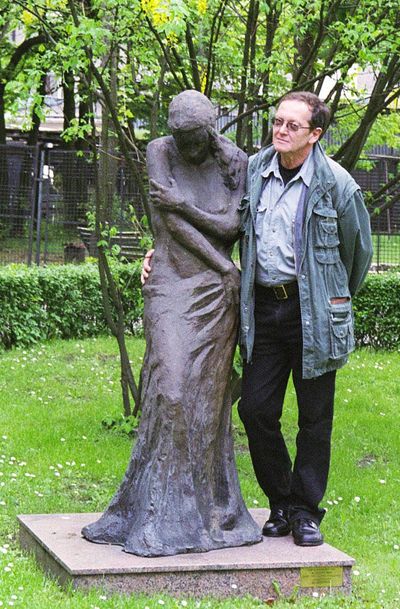 Jerzy Pogonowski is a professor at the Department of Logic and Cognitive Science at the Adam Mickiewicz University in Poznań. He is an author of more than a hundred papers devoted to applications of logic, methodology of science and philosophy of mathematics. Some of his recent publications are devoted to mathematical education on the university level. He teaches mathematics, mathematical logic, mathematical problem solving and general linguistics at the Faculty of Psychology and Cognitive Science of the Adam Mickiewicz University in Poznań. 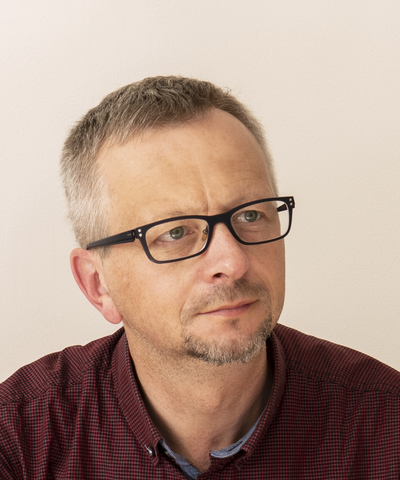 Piotr Niewiedział is a professor of Ignacy Jan Paderewski Academy of Music in Poznań. He graduated with honors piano studies under the supervision of prof. Andrzej Tatarski. He works as a chamber pianist with students of the violin and viola classes and he was the deputy head of the Faculty of String Instruments in 2016–2019. Since 2020 he is the director of the Institute of Violin Instruments. He has been performing with his wife Anna as the piano duo “La Valse’89” since 1989. The duo released its album “Tempranillo” in 2012. Piotr cooperates with the Poznań Philharmonic as a speaker, a concert organiser for schools and animator of cultural activities for young people. He is also a teacher at a music school in Poznań. 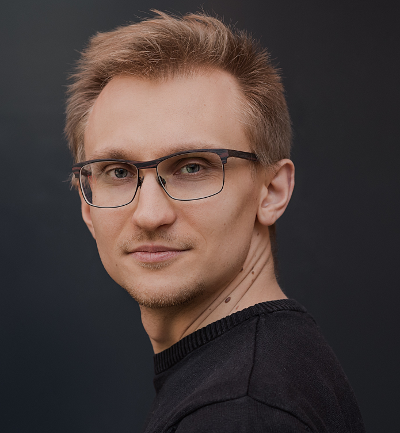 Michał Janocha graduated with honors from Ignacy Jan Paderewski Academy of Music in Poznań; he studied composition (prof. Lidia Zielińska class) and symphonic conducting (prof. Marcin Sompoliński class). He also studied electroacoustic composition (prof. Lidia Zielińska class) and at the Academy of F. Liszt in Budapest (prof. Andrea Szigetvári class). He has performed and recorded several dozen pieces of classical and contemporary music. He works with Trans-for-Matha Ensemble and λ-ensemble Poznań Laptop Orchestra and he is a co-founder of both. His compositions have been performed in Europe and the USA, at many festivals.

Attending (in person) all workshop events is free. Advance registration is recommended due to pandemic restrictions. Please fill in the registration form by 3th July.